Things to Do & Places to Eat

Follow the Roberts Trail, or one of the National Trust’s circular walks to discover the village.

Visit the award-winning Hive Beach Café, and the cliff-top Seaside Boarding House’s panoramic terrace for afternoon tea, or cocktails before dinner in the restaurant.  You can eat, or just have a drink at the village’s two pubs, The Anchor and Three Horseshoes. If Italian influenced fare is more your thing then head to The Parlour at Bredy Farm where the Neopolitan style pizzas are fabulous and there is the added bonus of the Talbot & Harris Cider Co right next door where you can buy locally made cider.

Bridport & West Bay
In Bridport make for Longs Fish & Chips and the original Stables for pizza and cider. The Watch House (Hive Café’s sister restaurant) is in West Bay.

The course at Bridport & West Dorset Golf Club has wonderful views, and the club welcomes visitors.

Seatown & Golden Cap
Walk up Golden Cap, the highest point on the south coast, and reward yourself afterwards at the beachside Anchor Inn in Seatown.

Lyme Regis
Follow in the steps of Meryl Streep, the French Lieutenant’s Woman, and gaze out to sea from the iconic Cobb.  Laze on one of the beaches or amble up the high street with its small independent shops, and visit the museum, town mill and bakery. Enjoy great food and harbour views at the HIX Oyster and Fish House and the Alexandra Hotel’s garden is lovely for afternoon tea.

Abbotsbury
From Burton Bradstock drive east along the coast road for a superb view of St Catherine’s Chapel and the Fleet lagoon stretching down towards Portland, and beyond.  With its Swannery, Children’s Farm, and Sub-tropical Gardens, small galleries and tea-rooms (the garden at Abbey House is a favourite), Abbotsbury has something of interest for all ages.

Weymouth & Portland
The stunning backdrop to the 2012 Olympics, Weymouth is an attractive seaside town with shallow water and golden sands, ideal for young families.  With pedalos, a busy picturesque harbour and marina, and attractions including Sea Life, Sandworld, and Nothe Fort, there is a lot to pack into your day.

Portland has the Chesil Beach Visitor Centre where you can explore the Fleet from a glass-bottomed boat, Henry VIII’s Portland Castle, and Portland Bill lighthouse.

For seafood and fish lovers, Crab House Café (one of our absolute favourites) is a must; it’s unassuming, laid back and serves fantastic food.  Book in advance. Alternatively, try its sister eatery Billy Winter's further along the causeway where you can sit outside and watch the watersports.

Dorchester
Thomas Hardy’s Casterbridge has museums galore ranging from the award-winning County Museum, to dinosaurs, teddybears, terracotta warriors, and military.  Explore its past by following one of the walks around the town and visiting the Roman Villa, Maiden Castle and Maumbury Rings.  For historical houses and gardens visit Hardy’s Victorian townhouse, Max Gate and, just out of town, his birthplace, Hardy’s Cottage, both owned by the National Trust.  Athelhampton House and Kingston Maurward Gardens & Animal Park are also worth a visit.  Fizz lovers should take a tour of the vineyards at the Langham Wine Estate.

There are high street chains such as Côte Brasserie, Pizza Express and Wagamama in the vibrant Brewery Square, and the award-winning Yalbury Cottage just outside town.

If you have any time left over then try:

Cerne Abbas, Sherborne Castle & Minterne Gardens
From a hillside giant to Walter Rayleigh’s home and a walk through the Himalayas.

Beer, Seaton & Axmouth
Ride the Seaton Tramway through the Axe Valley and then head for the picturesque fishing village of Beer with its Quarry Caves and Pecorama.  Take in a course or dine at River Cottage.

Country Houses
There is a smörgåsbord of country houses and manors to visit including Kingston Lacey, Montacute (NT), Forde Abbey, Barrington Court (NT) and Mapperton. 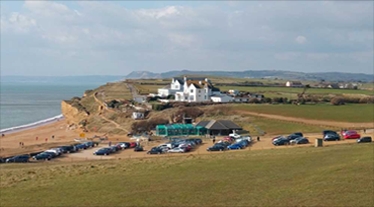 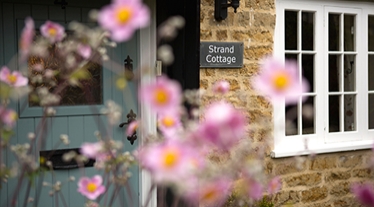 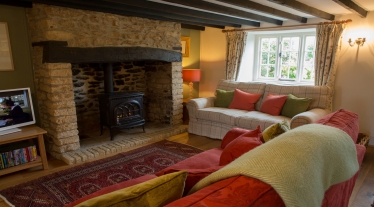